After opening up about my mental health problems, I received the help I needed to do my lecturing job well, writes Erica Crompton in The Guardian.

On an autumn afternoon in 2009, I was fired from my job as a university lecturer. I hadn’t declared my schizophrenia on an application form and this was treated as gross misconduct. Many years later, I returned to the lecture theatre – but this time I was open about my condition, to a much more positive response. I learned an important lesson: that if I’m open about living with a mental illness, I can receive the support and help that I need.

I’ve since continued to work and have found it good for developing my sense of self-worth. I’m not alone in experiencing this. Elyn Saks, who also happens to have schizophrenia, is a remarkably high achiever. She first fell ill in 1977 and joined the USC faculty in 1989. She is now a tenured professor of law, psychology and psychiatry and behavioural sciences at the University of Southern California Gould School of Law; adjunct professor of psychiatry at the UCSD School of Medicine; and on the faculty at the New Centre for Psychoanalysis. 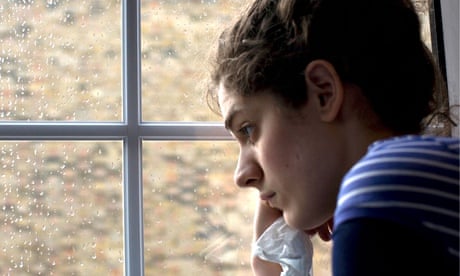 For Saks, who has also authored a book about her experiences of schizophrenia called The Center Cannot Hold, work has been key to recovery: “When I’m writing an argument or counter-argument, the crazy stuff recedes to the sidelines,” she says. “Work gives me a focus and a sense of self-esteem. And for me it is the last thing to go. As I have come to say, my mind is both my best friend and my worst enemy. Being an academic with schizophrenia has been largely positive.”

She wasn’t open about her condition at first, though. “I was closeted the first two or three years at USC. I then self-disclosed to four people pre-tenure; then another six post-tenure; and of course to the whole school on the publication of my memoir,” she explains. Her story ended up reaching even further when it became an opera.

She notes, however, that when it comes to achieving high she is not one of a kind. “People often tell me that I’m unique. But it’s just not true,” she says. For a paper on psychiatric services, she interviewed about 20 people with high-functioning schizophrenia, including high-flying doctors, lawyers and a chief executive. She says: “Our subjects described techniques they’ve developed to manage their symptoms – anything from challenging their problematic thoughts to manipulating their surroundings to engaging with spirituality.”

Stephen Lawrie, professor of psychiatry at the University of Edinburgh, agrees that hiring and working with people with schizophrenia is beneficial to their recovery. Through the Scottish Mental Health Research Network, his department works with people with schizophrenia, and other illnesses, to develop research ideas and projects that would be interesting to and acceptable for patients.

By giving people jobs, employers contribute to an increased acceptance of the condition

There is also good evidence from clinical trials, he says, that a scheme called individual placement and support – which gets people into competitive employment with training and support on the job – can help people with schizophrenia get jobs and keep them. “By giving people jobs, employers would contribute to an increased understanding and acceptance of the condition,” he adds.

An example of such inclusive practice can be found at the University of Westminster, which hosts a Recovery College tailored to people living with mental illness. A peer support worker, someone with lived experience of mental illness, will work with professional staff to deliver training programmes to improve lives.

Francesca is one such senior peer support worker. She says working at the university is an opportunity that is beyond any expectations she had when she was unwell: “During my time in hospital I thought a lot about wanting to use my experience as a way of supporting others in future, in order to help them feel understood and less alone. At the time I never thought this role would exist… Doing this work gives me a sense of purpose, and has given meaning to the difficulties that I went through in the past.”

It also ensures she stays on track and practices self care. “I believe that my role keeps me motivated to keep well and look after myself in order to support others in doing the same,” she says. “This responsibility has added huge value to my daily life and future aspirations.” 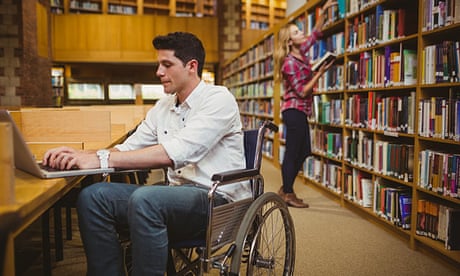 Other universities use mental health first aid training courses to equip staff for dealing with mental health crises among colleagues and students. Caroline Hounsell, director of product development and partnerships at Mental Health First Aid England, says: “Academic staff are facing increasing working hours, with less resources, and more demands – which is taking a toll for those working in higher education. Our training seeks to support staff as well as students, because we recognise that both communities are facing unique challenges.”

Hounsell says there is a real need to educate people on how to spot the signs and symptoms of mental ill health and how to best support someone who might be experiencing difficulties.

None of this support was in place when I was lecturing and struggling with my own mental health. But I’ve kept in touch with one or two of the students I worked with during my ill-fated lectureship. One told me that I was the best lecturer she had, and her mother even took me out to lunch recently. So it’s important that people with schizophrenia have hope that they can achieve their ambitions and goals – greater recognition among universities of the need for added support is certainly a welcome development.

Join the higher education network for more comment, analysis and job opportunities, direct to your inbox. Follow us on Twitter @gdnhighered. And if you have an idea for a story, please read our guidelines and email your pitch to us at highereducationnetwork@theguardian.com